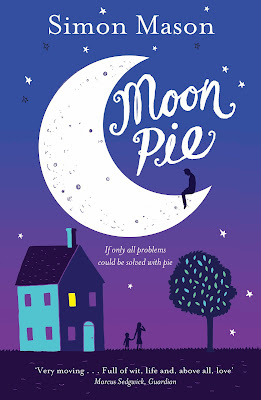 Here is my cover for Moon Pie by Simon Mason, which comes out later this month, published by Random House. It is a children’s book, but the subject matter is quite heavy – it’s about a little girl and her brother trying to cope with their alcoholic father after the death of their mother. Although it sounds like it could be rather depressing, it is actually extremely well written and sensitively handled, and at times quite funny as well as being very moving.
Their brief was to do something typography based, along with any of my own ideas. Here are some of the initial roughs as well as a few colour ideas. 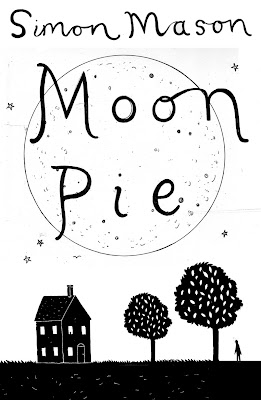 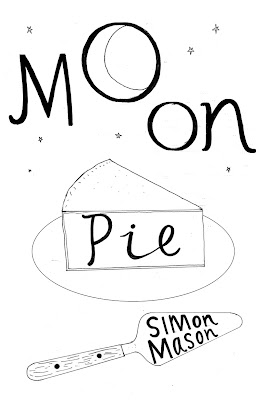 There was quite a lot of to-ing and fro-ing and changes to make until a final consensus was reached. I thought the large moon with a slice taken out of it like a pie worked well, but in the end they decided to go for a crescent moon. The Dad character was difficult to get right, as it couldn’t be too obvious that he was an alcoholic. At one stage he was on the roof, wobbling as if about to fall off, but this idea was a bit over the top! - so he ended up perched on the end of the moon. 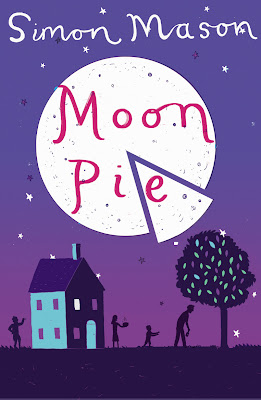 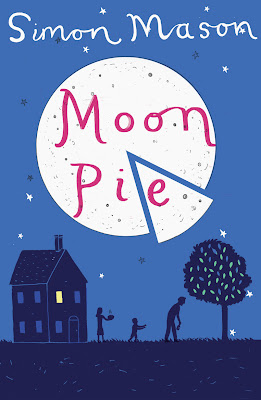 Posted by Harriet Russell at 07:12