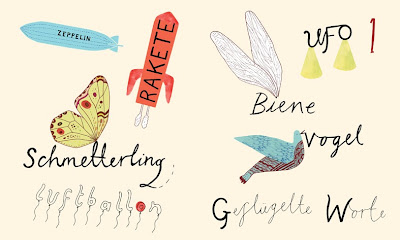 The German edition of 'Sixty Impossible things before lunch' is out this week, published by Verlag Antje Kunstmann, and simply called 'Unmöglich?!' or 'Impossible?!'. As well as having a slightly different cover to the original, it has some new illustrations, as several of my 'Impossible things' didn't translate into German! Hence 'Flying pigs' became 'Flying words', and 'How long is a piece of string?' is now 'How long is a long cable?'. My flying pig is no longer flying but jumping over his own shadow, and I have also added an illustration of a jelly being nailed to a wall, something that I'm sure is impossible in any language! 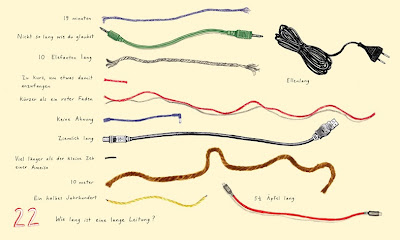 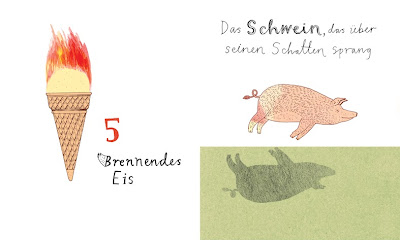 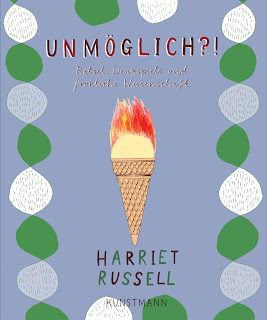 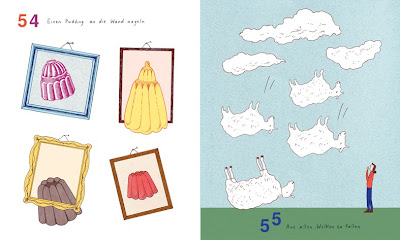 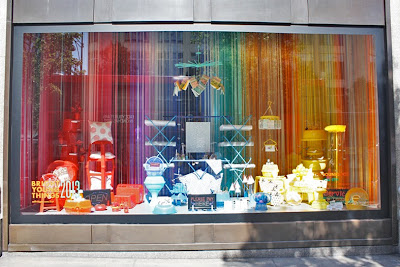 'Bright Young Things' at Selfridges showcases emerging creative talents across the UK in their famous windows on Oxford Street. This year 'The Poundshop' collective was chosen to take over a window with a fantastic array of products all available for £1 or £5. My  'Hedgehog', 'Partridge pear' and 'Strange deer' greetings cards are here against the amazing background of rainbow coloured ribbons! They are also available in Selfridges concept store and Poundshop 8's online shop. Read more about Bright Young things here. 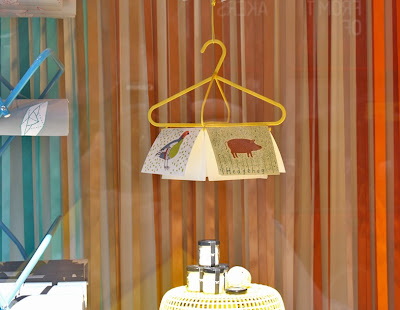 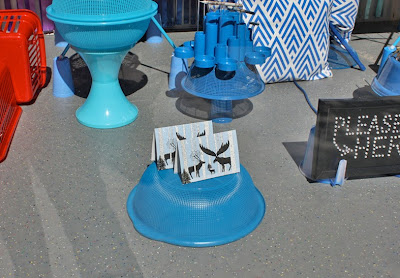 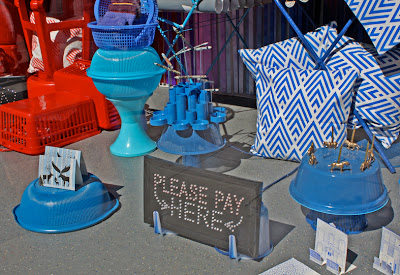 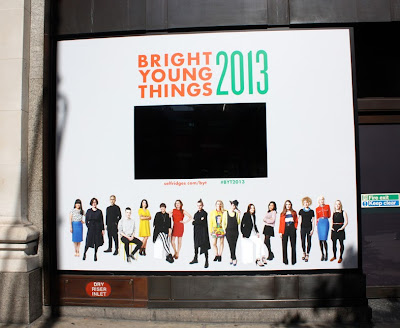 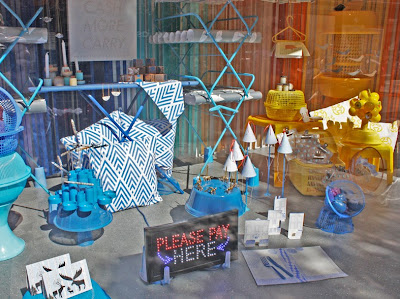 Posted by Harriet Russell at 12:11 No comments: